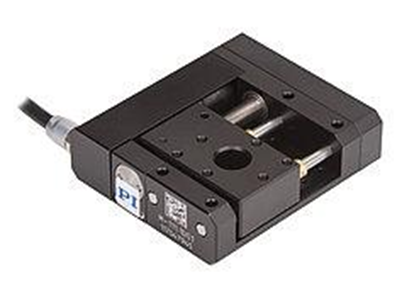 Positioning stages are made up of linear motion elements, actuators (or motor), position encoder, sensors, and motion control. They are, therefore, subsystems of the entire assembly capable of partially independent action. A miniaturized positioning stage will always have a drive mechanism and some type of linear guides. And, as with any XY tables, miniature XY tables constitute of flat surfaces that move on top of ball bearings or roller slides. Positioning stages tend to become better over time as the constituent components become more sophisticated. These motion assemblies have seen a drastic improvement in their constituent mechanical parts as well in the control components that improve their precision.

Modern miniature positioning stages can perform multiple complex moves with great accuracy. Such as coordinating position from the control’s feedback, closing position loops, optimization of the nature of motion between coarse and precise movements, processing simultaneous axis commands. You will find miniature positioning tables in several high-tech applications in the field of industrial robotics, vision systems, machine tools and pharmaceuticals. They are also used in fiber optics, photonics, semiconductor manufacturing, medical equipment fabrication and many electronic components manufacture. Such stages are capable of linear, rotary and even lift motions (Z-axis positioning). The motions could be constrained to one direction linear motion only, multiple linear movements along the X and Y axes, or even configured for nano-positioning using very small, and precise motions.

The stages incorporate a forcer and platen mechanism in which the forcer glides over the platen in linear motion. Frictionless bearings make the movement smooth, but they ought to be replaced after a certain period due to wear and tear. In some cases, adjustable gibs may be attached to the X and Y axes to facilitate the movement of robotic arms and are known as positioning/alignment tables. The most popular construction materials for miniature XY tables are stainless steel and cast iron. Factors such as cost and intended precision influence to a large extent the drive mechanism to be used in positioning stages. They also determine how the positioning stage is built and what components to use. To achieve high levels of accuracy, air bearings are the most preferred components in the positioning stage. On the one hand, are direct drive stages powered by servomotors or using several motors. Such stages also incorporate gears and couplings in the drive mechanism. On the other hand, are electric, hydraulic or pneumatic actuator-driven stages of either linear or rotary type. There could also be others using belt and pulley or even leadscrews. Miniature XY tables are very portable devices and of quality build making them a good choice for many industrial applications. For instance, the crossed roller assembly has extra flat, and smooth XY tables for added precision.

The lightweight of these systems allows an almost effortless gliding across multiple axes in all types of robotic movements. When air bearings are used, a thin film of pressurized air from a high-pressure source supports the load between a secure and moving element. Air bearings are virtually frictionless and do not require greasing since parts do not make contact. Such systems are very reliable and can run for many years without need for maintenance. However, the pressurized air must be filtered to remove any particulates. Miniature X-Y combination positioning stages combinations can improve both performance and reliability. Capable of both single and multiple axis augmentations, they can be applied in micro-measurements, test systems and automating mechanical alignments. The typical travel for miniature positioning stages ranges from .25” to 2.0” in either X, XY and XYZ configurations. The load carried by these systems could range from as little as two lbs to well over 150 lbs. Sufficiently advanced builds include locking capability to secure the table in position.

The advancement of research in many industries is dependent on the availability and reliability of precision linear stages. The needs of these industries and applications are met by a variety of rotary stages and multi-axis stages manufactured by specialized manufacturers. Some of these include hexapods, piezoelectric nano and micro positioning stages. Be sure to check with your system manufacturer for specifications such as weight, and maintenance procedures. Again, the design of your table will determine the compactness and long-tern stability of your system.