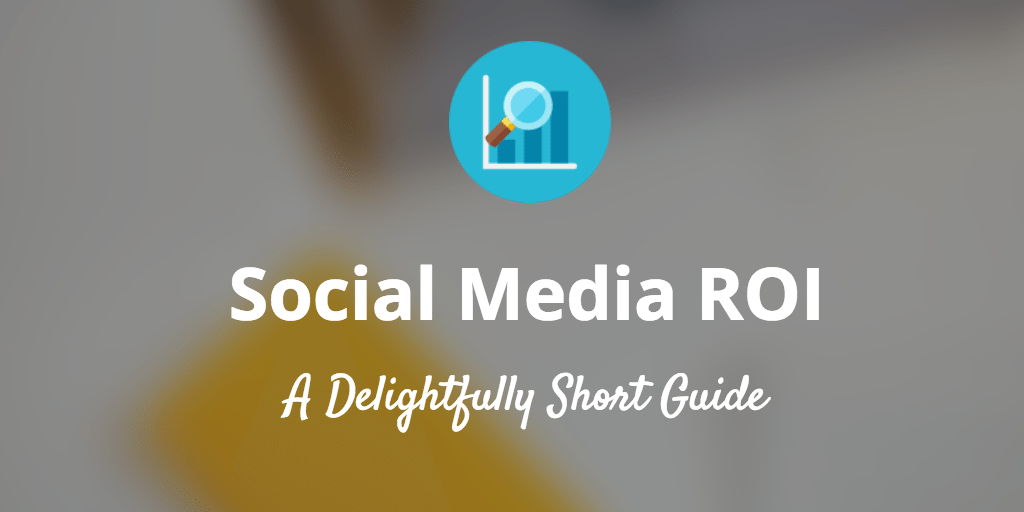 A few days ago, a digital marketing professional was reading an article which claimed to discuss ROI for social media marketing programmes. Despite the article’s claim of ‘showing verifiable ROI’, the article mostly concentrated on engagement. The content of the article was great, however information about return on investment was not found anywhere in the text, except for the introduction.

The main problem with considering ‘user engagement’ when calculating ROI lies in its vagueness. Engagement can mean anything from thought about, viewed, clicked on or loved. Other than the general vagueness of the term ‘engagement’, the article presented a great Internet marketing case for the use of web metrics, while fine tuning one’s digital marketing campaign. However, a KPI that contains ‘engagement’ does not mean the same thing as ROI. To obtain ROI, one of two things needs to be measured: either increased revenue or reduced expenses, per pound invested.

We have got to admit that this is easier said than done, especially as activity on social networks is built around branding. Unless a client’s company has a defensible brand value for purchase-related actions (impressions, clicks), the process of finding out ROI based on engagement is almost impossible.

Making A Connection Between Social Media ROI and Customer Service

Recently, a digital marketing conference was held by the Public Relations Society of America in San Antonio, Texas, which focussed on travel and hospitality. The topic of discussion at this conference almost immediately turned to best practices for showing business value (ROI) from a social media programme, social media integration & measurement, mobile social networking and marketing, branding, digital media strategy, B2B social marketing, emerging technology and social media tools. Members of the Internet marketing panel responded by mentioning that it was vital to view a particular social networking campaign, in light of the industry it was based within. Digital marketing professionals should set measurable goals early on, and integrate their social networking efforts with customer service.

Most of the people present at this digital marketing conference, which included representatives of airlines, hotels, travel agencies, restaurants and tour operators, had a basic understanding of the fundamental connection between ROI, social media and customer service. The digital marketing discussion later began to concentrate on the importance of metrics that govern call centre operations, such as cost per call, incremental revenue per call, customers saved, etc, and how they should be redefined to measure ROI of a social media marketing programme.